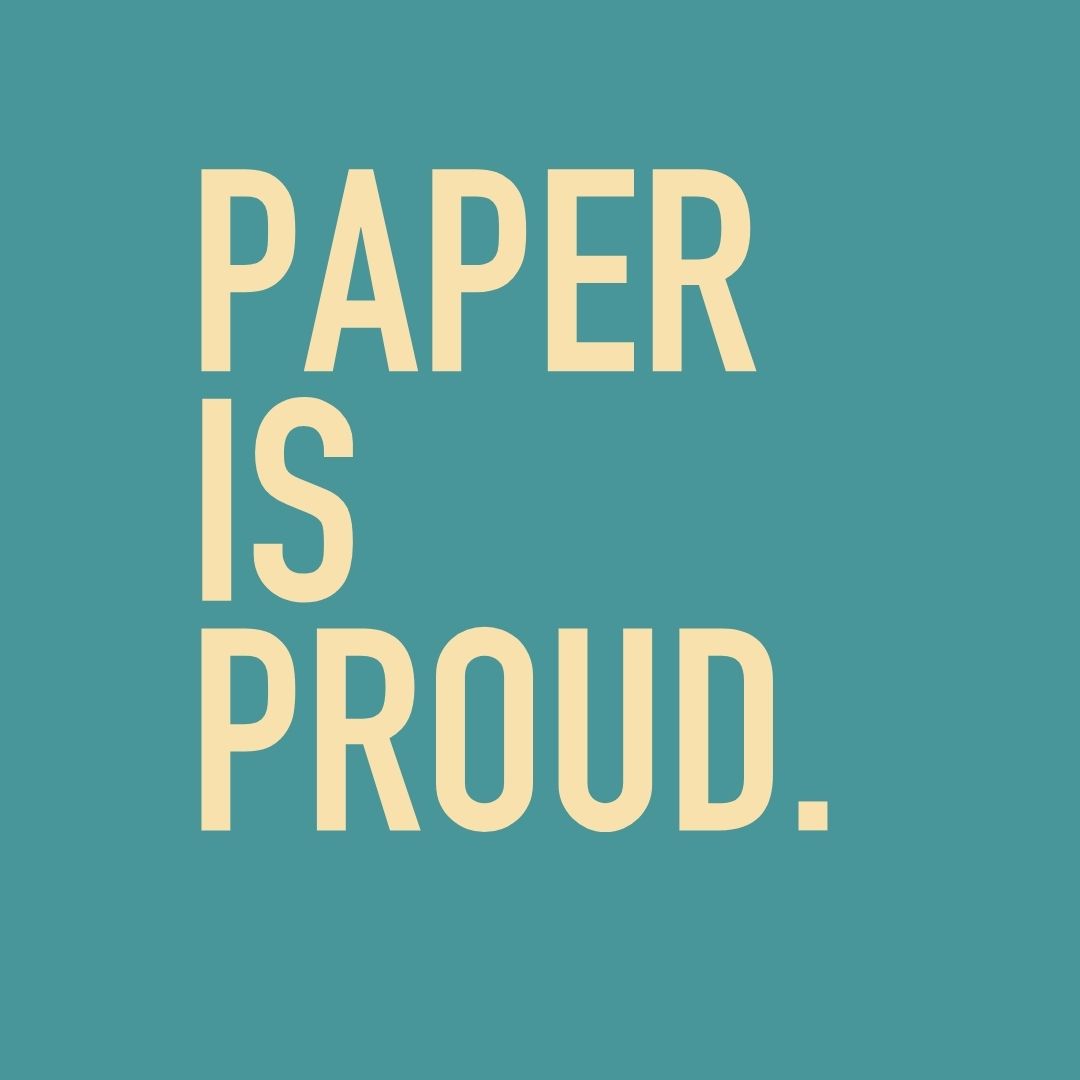 and as a proud LGBTQ+ led organisation, PAPER Arts is very excited to be able to bring you a month of curated queer content, profiling some amazing work coming out of Bristol, by queer artists and members of the community.

We spoke to Sid Vian

artist and drag performer better known by her alter ego, Delirium.
Sid explained how she got her start in drag, and how she has used performance to grow in confidence both on and off the stage. 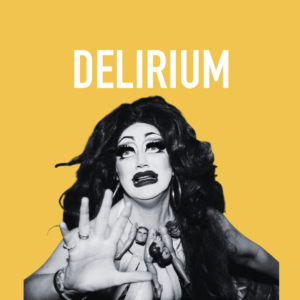 How I got started in drag

Sid’s background is is in fine art “I trained in traditional painting and photography.” she told us “But when I was going to see art exhibitions for inspiration, it just wasn’t resonating with me at all”
She explained that while she was studying in London, she started going to her first drag shows “going out to these drag shows was just something for me that I found for myself in a way that I hadn’t before. I was just clinging on to this little piece of something that was my own.”
She explained that as she started to make friends with some of the performers on the scene like Tete Bang and Lolo Brow, her eyes were opened to the possibility of becoming a performer herself.

My first performance
She told us about the first time she performed at a drag show for new performers “the queens were like, You should totally do it, I was like, no I’m so shy, I would never in a million years get on stage… and then they got me drunk and made me enter. At that point, my anxiety couldn’t take it, I was like, oh god I can’t back out now. I’m gonna have to do it. So, yeah, I did this performance and I’ve just never looked back. Like it really changed everything.”

The origins of Delirium

That was how Delirium was born “the name comes from Sandman, which is a graphic novel. Delirium is the god of dreams and madness. My sister had a poster of all of the Sandman people on her wall growing up and I was really drawn to this character Delirium, so I took it for myself.”
Sid describes her performance “As a tool to exaggerate femininity, to critique it and bring a lot of feminist themes through my work. I always see it as aggressively feminine and quite sarcastic. I like to have a sense of humour in my work too.”

Using art to deal with anxiety

Sid describes herself as anxious and shy, we wondered how going outside of her comfort zone had helped her to deal with this. She explained that “ I think taking risks in life is so important in order to build your confidence and your self esteem.” Sid suffers with agoraphobia and PTSD and described her drag as a form of immersion therapy, a way she can embrace the things she is most scared of “I’ve got something in me that just goes you just have to do something crazy.” “ PTSD is like living in the past, not being able to be in the moment because of your anxiety. So, being on stage and being really present in the moment, it’s really, really helped me.” “There’s lots of things about performance that feels completely opposite to to who I am but also it’s obviously something inherently within me too, it’s a strange thing, like my insides are coming out a little bit and I get to practice that, every time on stage I get to be more in the moment”

Becoming who you want to be

Sid told us that when she started doing drag, her character was a projection of the type of person she wanted to be “ I’m really inspired by lead female roles. So like Buffy and Harley Quinn, superheroes and things.” She explained how envisioning these strong females whilst she performs has helped her to become stronger herself. “I feel like I’ve become more confident now, which is nice, but it definitely has been a journey. I’ve learned a lot from my drag Alter Ego, in my day to day life I can harness some of that energy too”

We were interested to know how Sid expresses her queerness in her work, she said “I mean just being a drag performer is like the gayest thing that you can do!”
She told us how her work revolves around her sexuality, she isn’t afraid to bring her experiences as a lesbian into a space often dominated by gay men.

“I think when I’m in drag people perceive me as more funny or more charismatic or more engaging, people listen to me more. All of those things are really interesting, especially when you’re talking about gender, because not a lot of people get to step outside of their perceived gender.”
“Because of your working so much with a performance of gender. It’s sometimes like when you say a word too many times, it starts to lose all meaning. But for me it’s the biggest compliment when people are just like, What are you, to which my response is always, I’m an artist darling.” 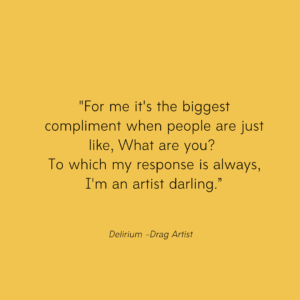 Creating community with your work

We asked Sid about how community plays a part in what she does, “for me it’s so important, I think a lot of my art centres around that, what I want to achieve with it is creating community through performance, that’s what really excites me about the kind of symbiotic relationship between artists and audience”

Its this desire to create open and welcoming spaces that led Sid to start her drag collective Slaughterhaus “When I moved back to Bristol. I experienced misogyny and transphobia in the first ten minutes I was in a gay club, I was just like, this will not do.” She describes the work they have done together as her proudest achievement “all the people that I’ve met through it, and the things that we’ve done together have been so much fun. That and the community that we’ve cultivated, it’s been, yeah. Beautiful.”

Whats next for Delirium

Post pandemic, Slaughterhaus are now starting to perform again, you can keep up to date with their upcoming shows here. Sid also told us about an exciting new music project she has coming up, “I’m Working with a band called The Sinic Tones, who are very camp like surf noir style. It’s quite punky and like camp at the same time which is great”
We can’t wait to see what Delirium does next. We are so inspired to hear stories of people using art to work through their struggles and grow into the people they want to be.

You can read more of our pride coverage, celebrating the amazing work coming out of the queer community on the blog.