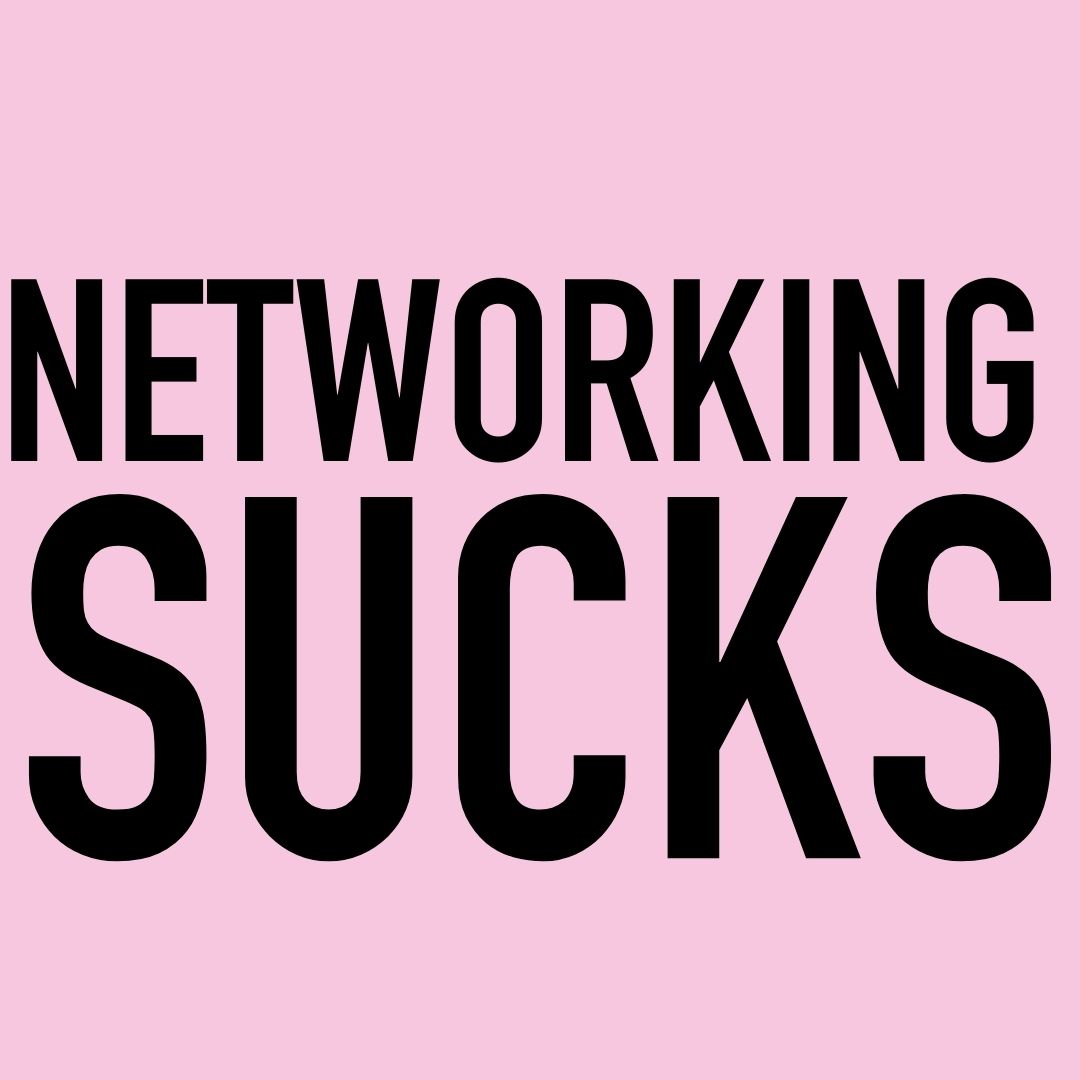 This month on the blog we are talking all things networking with the most well connected guy we know, Tom BD, He is currently the founder/Director of Possibility for Screenology (the UK’s fastest growing film school) and is thrilled to be a co-founder of Make Happen Institute an organisation dedicated to the flourishing of creatives. Today, he has taken the time to share some wisdom on how and why you should start networking as a creative.

Networking has become one of those terrifying ideas. Most of us are stressed even just hearing the word. But for me networking is nothing more or nothing less than meeting other fellow human beings. Sure, we are biologically wired to be trepidatious of the unknown, so meeting new people can be nerve-racking… but equally, we are also biologically wired to love the company of others. So let’s re-frame networking in our minds to something way more positive: “meeting new people with whom we may be able to collaborate”.

Why is networking important?

The old adage that “it is who you know rather than what you know” is so true. No matter how brilliant you are at something, you need other people to flourish at it… whether that’s an audience, an employer, a client, a supplier, someone with complementary expertise etc… you are totally inhibited without being in relationship to others. So building the network of people you are in relationship to (it’s not ‘who you know’, it’s ‘who you get to know’!!)… you can begin to open out opportunities for yourself and just as importantly open out opportunities for others (it’s not all about you – more of that in a moment).

How do I start networking?

You start networking by finding as many opportunities as possible to meet new people. Don’t only focus on your own industry. Opportunities can arise from anywhere. Some of my colleagues found more filmmaking work at an agricultural event than any film industry event. Why, because at a filmmaking event everybody is a filmmaker. At an agricultural event there are lots of people in need of filmmakers and delighted to meet the only filmmaker there!

Who should I network with?

You should network with anybody! Seriously, you never know who may be the conduit to some sort of collaboration. I even make a point of connecting fully with every taxi driver I meet. People, when you bother asking them questions and genuinely get to know them are ALWAYS interesting. Being curious about other people is your networking super power. Not only will it open up opportunities for you, it will also increase your vitality. Imagine that, networking increases vitality!

Where can I network?

You can network anywhere people are getting together. You can meet new people with whom you may be able to collaborate at a village fair, at the gym, at a specialist zoom event for flower arrangers… anywhere, as I said, where people are meeting new people.

How do I network?

You have to make networking about the other people. Go to a networking event hell bent on getting yourself work and you will be stressed, uninteresting and the last person people want to spend time with. Making connections is like dating… you need to go slowly and focus on the other person. Some psychologists carried out a series of experiments on people on dates. The more questions PERSON A asked of PERSON B, the more the PERSON B felt connected to PERSON A… ironically the more PERSON B felt they knew PERSON A. That’s crazy, right! By only asking questions of the other, they are more likely to feel like they know you and feel connected to you. I recommend following this approach to all your encounters with new people. And, if you suck at dating, try it there too ;-)!

How is networking different for creatives?

Networking isn’t different for creatives. In the Make Happen method we assert that being in relationship to other people is as important as the work you create. Other people are the lifeblood of your flourishing as a creative practitioner. If you compartmentalise or banish the work of getting to know others from your creative practice, we assert you are less likely to succeed.

How do I network when WFH?

It’s easy to use the pandemic as an excuse not to network. The truth is that zoom etc. has smashed the boundaries of geography. You can meet people from ALL OVER THE WORLD now and it’s NORMAL. Look on Eventbrite and other platforms and see what’s happening. Just turn up and start discovering other people. What makes them tick? What are they interested in? What are their challenges? Remember, it’s not about you. Set yourself targets of how many new connections you’re going to make every month/week.

How do I network as an introvert?

Most people find meeting new people difficult, introvert or otherwise. That difficulty lies in the fear of being judged negatively. Focus your mind on the other people. Almost EVERYBODY I’ve spoken to is nervous at a networking event. At a recent event I took some emerging filmmakers to, I chatted to older producers who were terrified of saying the right thing to my young terrified students!! If you consider that everyone is terrified then you have the possibility of just being yourself. There is nothing better than meeting an authentic person at a networking event. Someone comfortable to say “I feel like an imposter”, “I hate networking”, etc. Remember the real you is uniquely brilliant. Look for the unique brilliance in others and it will shine out from you (remember that thing about asking questions on a date).

How do I keep up the relationships I make when networking?

You take an interest in them. DON’T think about what’s in it for you. Follow up the meeting IMMEDIATELY to find out something else about the person, or to share something useful with them “You were telling me you’re interested in Orchid’s, here’s a picture of my gran’s rare blah blah orchid”. Then create a system for following up in a month, 3 months, 6 months.

So to some up…

Perhaps stop thinking of networking as networking… it’s meeting and engaging with fellow human beings… wonderful human beings… who are as terrified as you. Concern yourself with them, not your long list of wants. And be rigorous in creating opportunities to meet new people and as rigorous in following them up. I’m very happy to hear from new people, so do get in touch and tell me your story.

Tom BD (Brereton Downs), combines 30 years experience (read  “innumerable mistakes”) in theatre, tv, media, arts and tech with the creative energy and spirit of a millennial YouTuber (check out Make Happens new channel here to see for yourself). To stave off boredom whilst doing television graphics at MTV,  by night he founded The Machine Room theatre (London) and later Invention Arts mixed media venue in Bath. He was interim CEO of dBs Music (college). As managing director of his sister’s (Jo Downs) artistan glass business – he oversaw the opening of 9 shops in the South West. Creatively, he spent many years designing multimedia for theatre (including work with Sir Peter Hall). He has directed and produced 3 feature films and numerous short films and commercial videos.