Let Us Pay You To Create: How 1 musician found opportunity to create in a pandemic 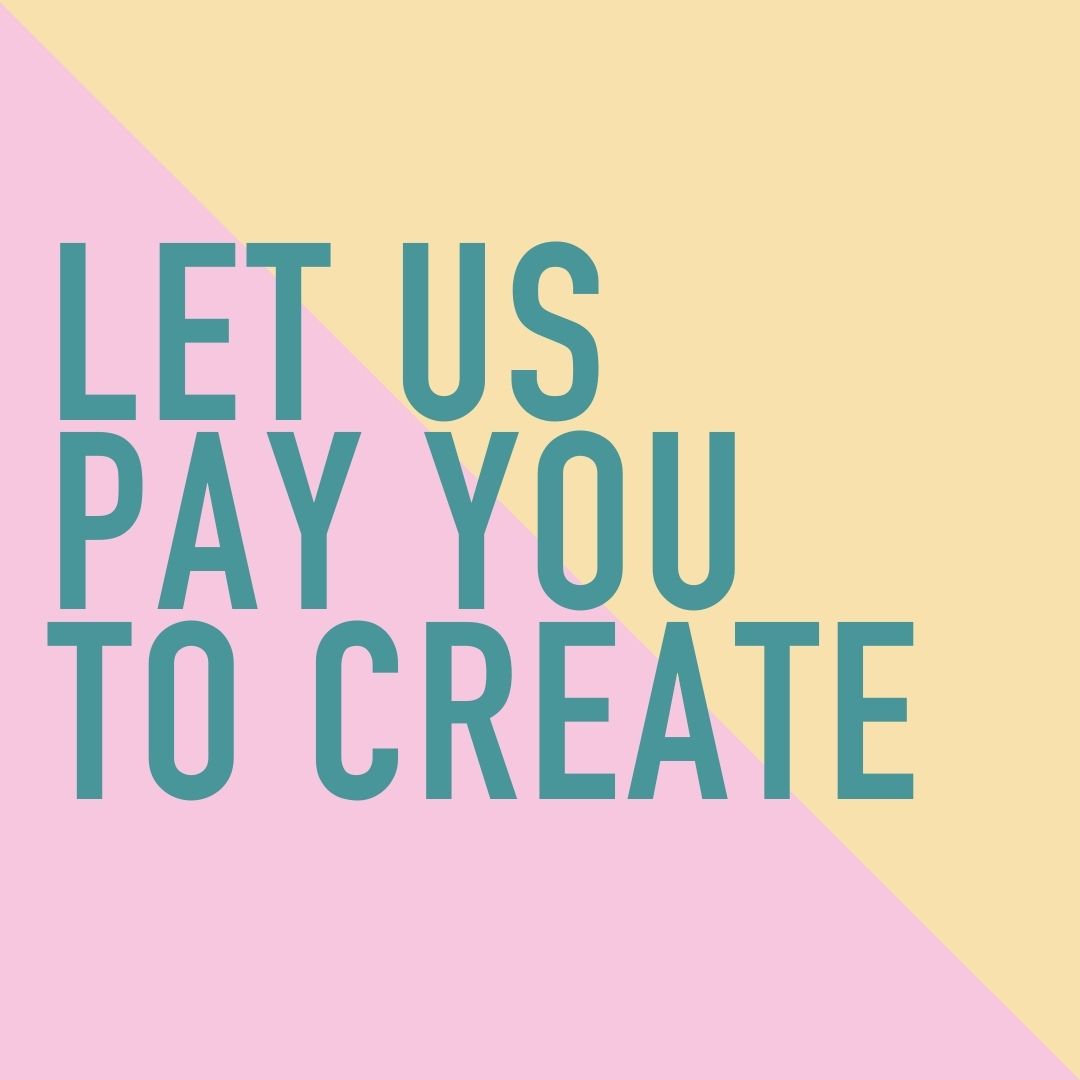 Our third interview was with Daisy Moon, Daisy is a producer and DJ based in Bristol. With a background in contemporary performance, her music intuitively assimilates the club-orientated sounds of techno, electro and house with elements of experimental composition, field recordings and sound design, combined with ethereal songwriting and submerged vocal traces.

We asked Daisy what she expected from her week on Let Us Pay You To Create and she told us that she was aiming to finish her EP. She also wanted to use the time to explore: “I’m just a bit of a perfectionist” she told us “So I find it really hard to just to write something and then move on. I always get really hung up on making it sound good, so I wanted to use the week to get into a space where I could write something I wasn’t too precious about and just try to write a bit more freely, which I think I did”

We wondered what Daisy had spent her £100 materials budget on, and she showed us her new sound recorder “It’s a sound recorder that I really wanted for ages but they are quite expensive, for this project, using my found sound was one of the most important things, Because essentially I wanted to build the tracks on recordings that I’ve made myself.”

She told us that treating her creative practice as a full time job for a week gave her structure, and that making a plan and sticking to it gave her a great framework, She explained that she set working hours and made sure to schedule in breaks too “I actually was like, I’m just gonna see this as a nine to five, giving myself that structure was really good and it’s actually something I’ve been trying to do a little bit more now, as well, which is good too.”

Daisy explained that she still needed some flexibility in her schedule too “There was one day where I was just like, I have had a really bad morning and I’m really not feeling it. The plan was to have sent this track at midday, but that wasn’t working for me, so that day so I actually went to do some sound recordings and just tried to use the time in other ways to be creative, sometimes you put so much pressure on yourself to be carrying out your plan and that day was really good for me to realise, actually there are also other things that I can do that are really productive and useful too.”

Setting your own deadlines

Daisy told us that setting her own deadlines was really beneficial “I’m quite hard working, but I’m better working under pressure, so i think I’ve worked better having an infrastructure, but I haven’t always created that for myself. I should do it more.”

What did Daisy make in Let Us Pay You To Create

We wanted to see what Daisy had achieved in her week of Let Us Pay You To Create, how did it compare to what she had planned to do?
“ Well, I finished two tracks, the week definitely accelerated the completion of those. I’m now in conversation with my friend who’s an amazing producer who’s helping me to mix down the tracks.”

We wanted to know what best thing about being a part of Let Us Pay You To Create was for Daisy, she said that it was having the chance to focus on just one thing. ‘I’ve normally got so many different things going on, this week, it was really good to just have a dedicated time structure, there was definitely a refocus , I worked harder during that week because I thought to myself, I’m getting paid to do this.”

Let Us Pay You To Create mentoring

As part of her award, we linked Daisy up with George, a mentor from Sonic Workshops, we wanted to know how she had found that aspect of the programme too.
She said “I think that to be able to have access to a session like that was really useful. I learned new things about how to mix like using reverbs and all of that kind of stuff” – we’re glad that this opportunity gave Daisy a chance to learn new skills.

Creating in a pandemic

As someone whose industry has been disproportionately affected by the global pandemic, we wanted to know how being chosen to be a part of Let Us Pay You To Create had changed Daisy’s outlook for the future.
She told us “It’s just been a boost. You know, during the period everything that brought me income just kind of shut down. I think there was definitely a point where I just thought what’s the point in doing music. And I think having that week and realising that there are actually opportunities, and there are people that are really passionate about keeping everything alive. It just gave me a bit of hope and that actually, we’re not going to be living like this forever, And so since then I just feel genuinely lighter in my mood”

We were so glad to hear that Let Us Pay You To Create had had such a positive effect on Daisy and her creative practice, we really wanted to know what she is working on next.
She told us that during the project she was starting to think about music and movement and how her music can relate to dance.
“I’m in the process now of talking to choreographers to try and develop a live piece which is cool.”
“I’ve got two tracks that are getting in the process of being mixed down and then I want to do two more. I’m going to start sending them to record labels in Europe. I really want to keep the momentum”

Thank you Daisy, we can’t wait to see whats next for you.
You can check out more of Daisy’s work here.