The vision, the mission, and the team

Hello, we’re PAPER Arts and we believe that creativity shapes the world around us!

We help 18-30 year olds to build a network and establish a creative career by developing a community and helping you to grow in confidence. 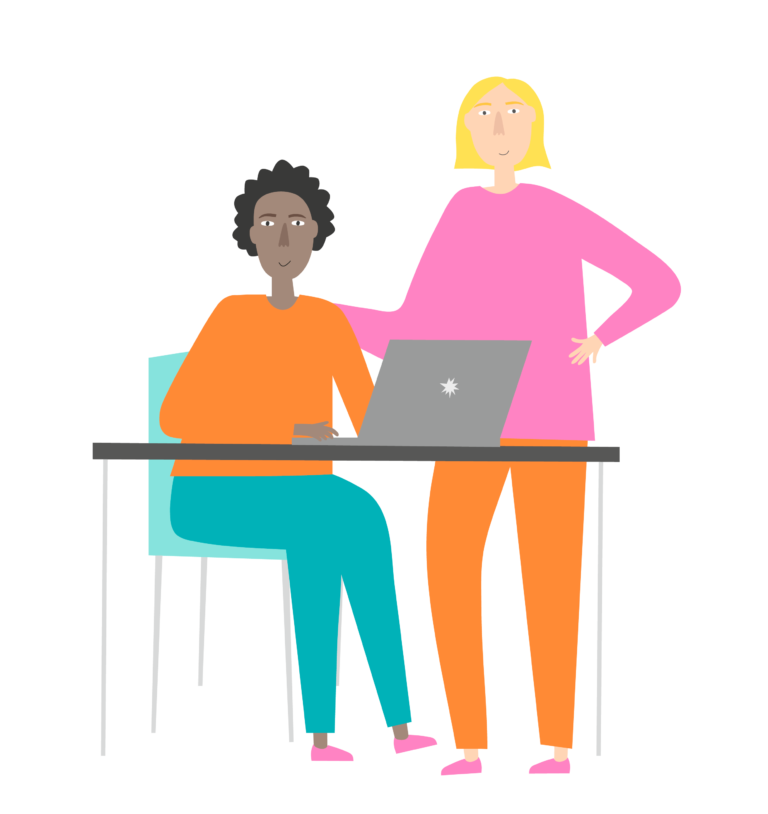 We are building a good track record in terms of monitoring, communicating, analysing and improving our social impact.
More

We are grateful to our funding partners who allow the valuable work we do to reach as wider audience as possible and we are proud to be a part of the diverse and thriving Bristolian Creative Community.
More

It's really important that these aren't just words for us, but they are values which we live and breathe. They're not our headline, but they're at our core. That's all.
More

Our method is to focus on the individual, working out what you need to accomplish your aspirations and reach your full potential, whilst providing you with the right opportunities at the right time.

Do you have a creative idea that you want to take further? Do you want to gain experience in the creative industry? Or are you interested in becoming self-employed, but not sure where to start?

Then get in touch and find out how we can help today! 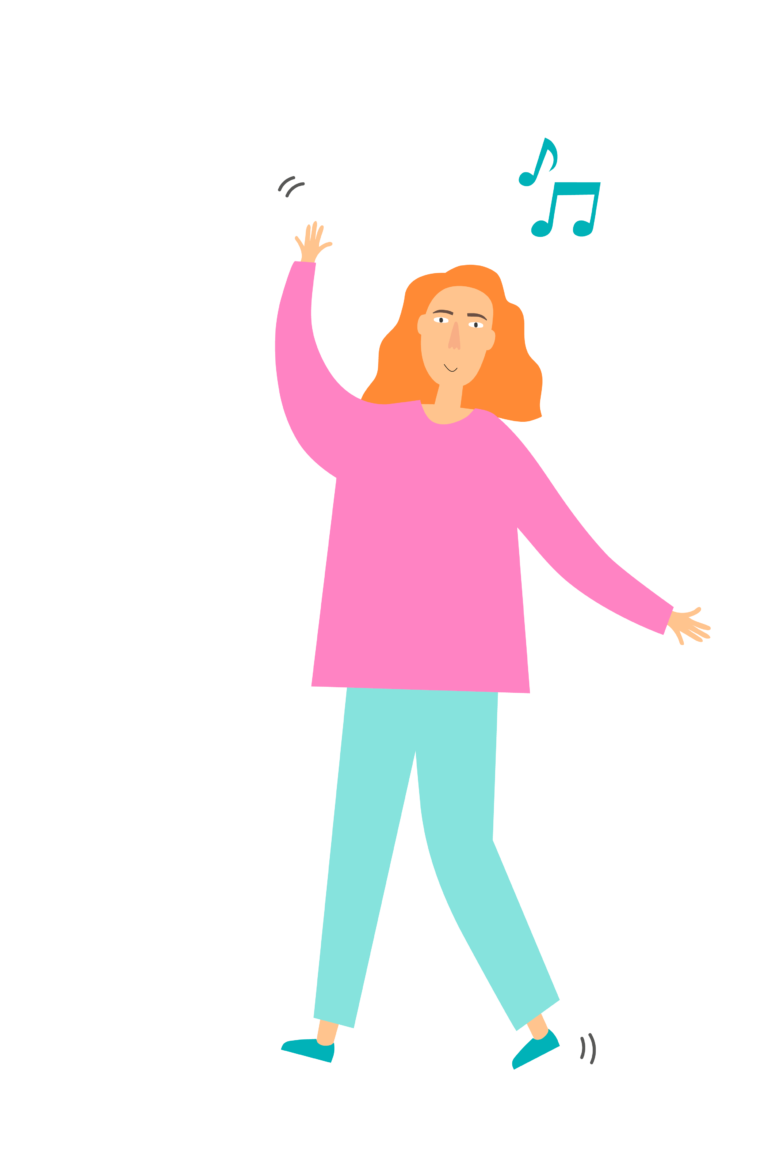 A collaboration of passionate creatives and industry experts. 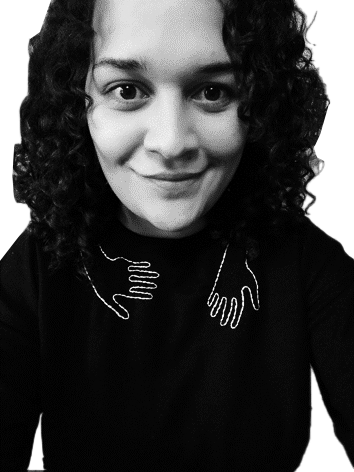 Lau is our Engagement Producer, which means she works to create strong and meaningful connections between Paper Arts, our local community and our Paper Collective. She is passionate about the Arts and inclusion, having jumped between various disciplines before settling in Theatre and live performance. 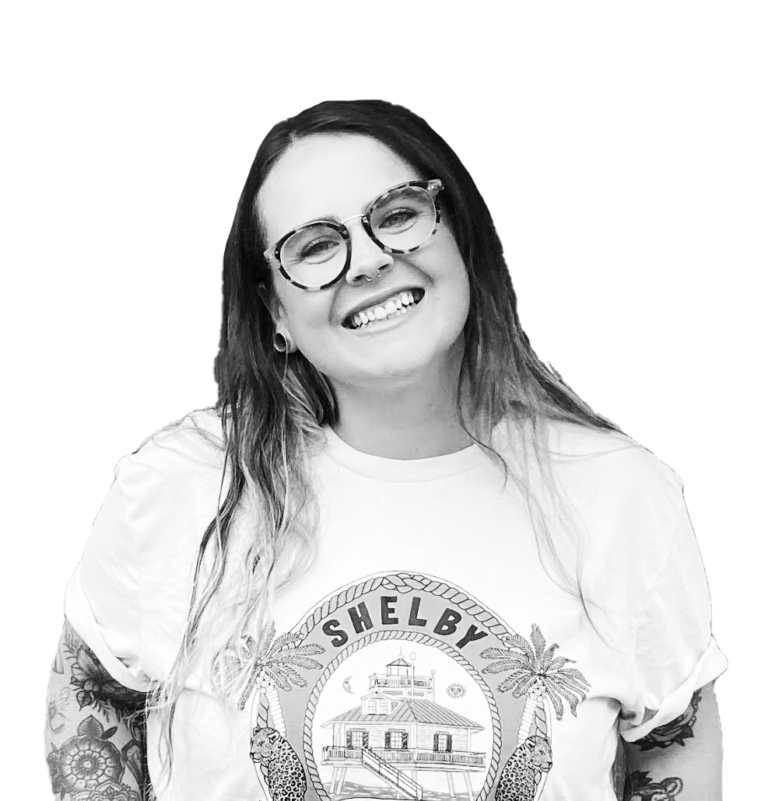 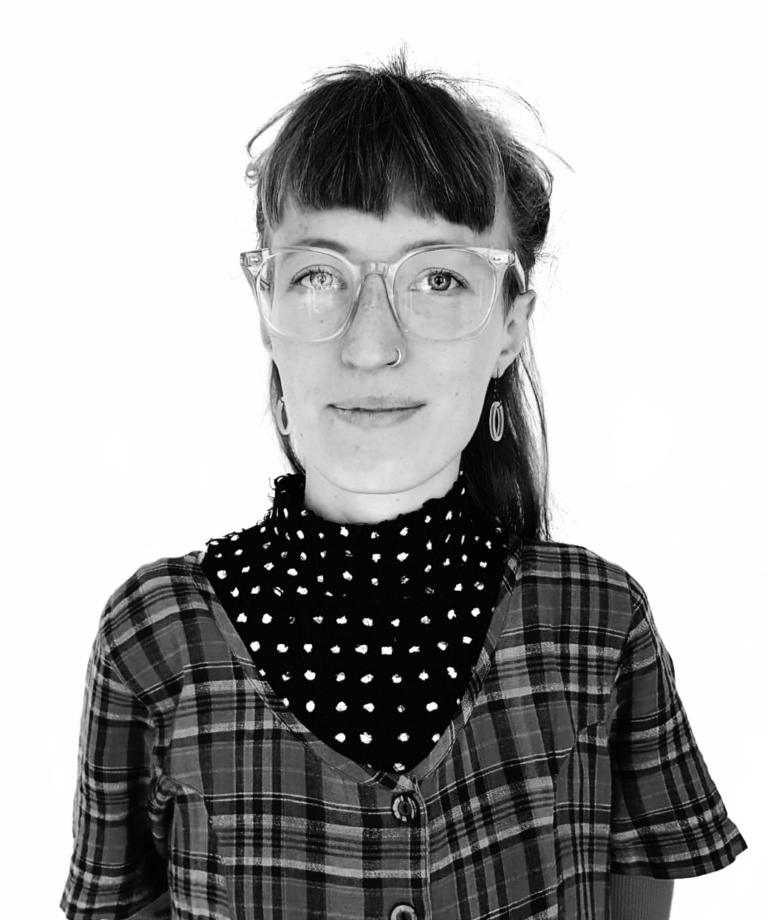 She/Her
Project Coordinator
Kate joined the PAPER fold as Projects Coordinator, she organises our projects, including our Creative Enterprise Course. She is passionate about a world where creativity and compassion are the core to our working lives.
When she is not at PAPER she works for Shambala Festival, and as a marketing freelancer for play CIC Woodland Tribe. She has dabbled in artist management and tour booking with the Avantgardeners Collective, which brought together her love for underground music, Bjork and nature. Since she can’t spend her time frequenting Bristol’s offering of music and arts events at the minute, you can find her making her own clothes and sussing out new walks straight from her doorstep. 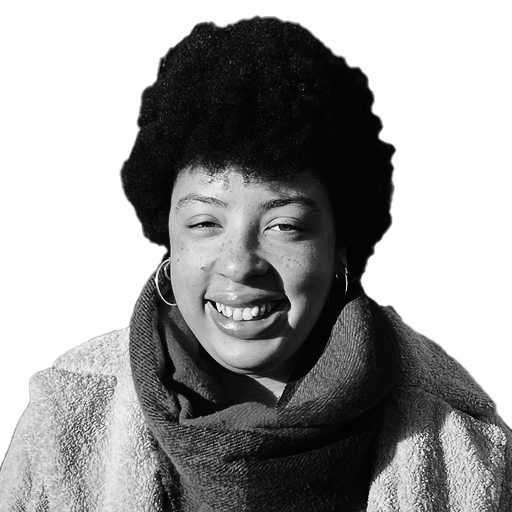 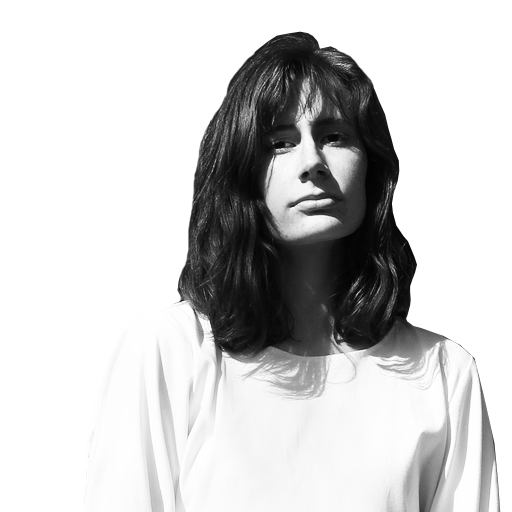 Katy Welsh is our communications manager. She first came into contact with Paper Arts when she attended our Creative Enterprise Course in 2020, and is excited to be communicating our message to the widest audience she can.

She has worked in the creative industry for half a decade, with a background in illustration she loves to engage with people and tell stories through design.

The PAPER Arts board is made up of people with strong links to Stokes Croft and heaps of experience working within the industry, we value their support and guidance. She/ Her
Board Member

Trish is currently Operations Director at the music venue, St George’s Bristol. Her previous roles have been across a range of UK organisations and festivals, producing live music events and national touring work. She is passionate about supporting young creatives to become part of the thriving Bristol culture and arts scene, and has worked with Bath Spa University, Babbasa, Help Musicians UK and Saffron Records as a mentor.

In her spare time she plays rugby for Bath Ladies and enjoys cold water swimming. 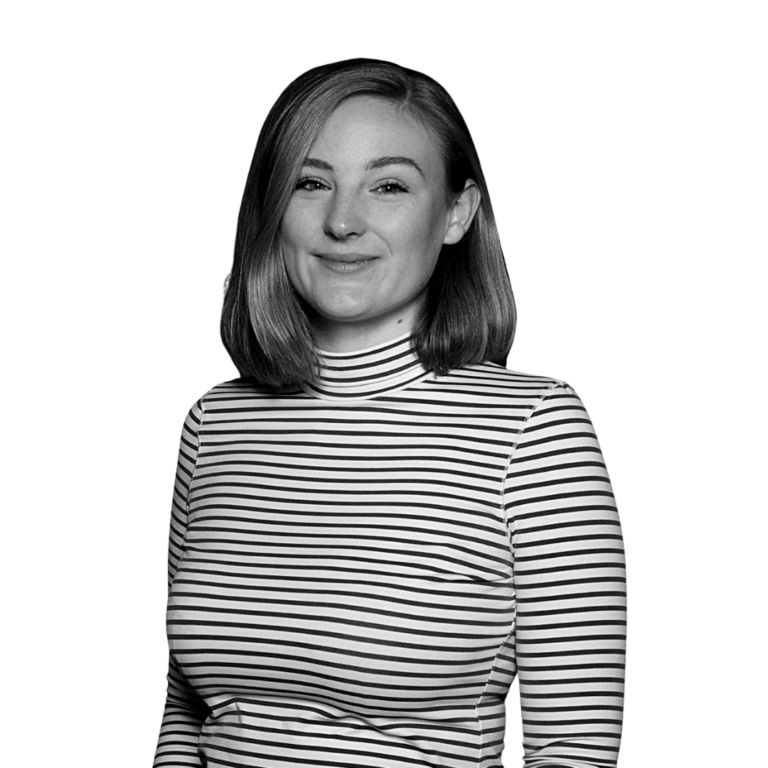 She/ Her
Board Member

Kirsten is an experienced fundraiser, with a passion for the arts. Working in the cultural sector for the last seven years, Kirsten has covered roles from administration, volunteer management, HR, communications, fundraising and development. She has worked for Arnolfini, Tobacco Factory Theatres and now is leading a £2.4mil capital campaign for Leeds-based MAP Charity. Kirsten’s other voluntary roles include the Chair of the Bristol Fundraising Group, Co-Chair of the CSN 2021 Conference Committee and Mentoring Lead for the CIOF South West Committee. 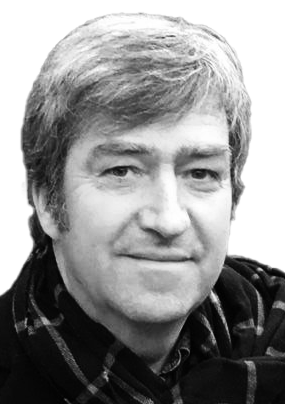 He/ Him
Board Member

Rob has worked in publicly funded artspace, Arnolfini,  for 6 years as Head of Marketing. In that time he has seen the inequity, lack of opportunity and jobs for young creatives, and looked for ways to change that.

He is committed to social justice and believes in the positive power of community owned, and worker owned, social enterprises, such as CIC’s and co-operatives. He has worked in St Pauls for Social Enterprise Works, to promote social businesses, and in London with the Co-op, to promote co-operative principles.

He established the gallery/shop Other Worlds are Possible in St Nick’s Market, which promotes and sells local artists original work, alongside selling cards, books, games, ephemera and alternative products, produced by everyone from School of Life, and Radical tea towel company, to Bristol Radical History pamphlets.

He is also in a band called do less. Who released their second track in a series of anti-hate, pro-peace releases on the solstice. The first track was a tribute to the brilliant fluxus artist Yoko Ono, the latest is ‘Tell the Truth’. 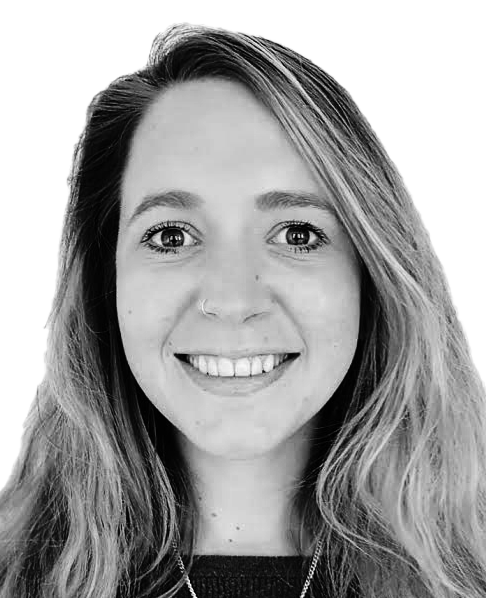 Becka heads up all things comms and media for Kambe Events Ltd – the events company behind Shambala Festival. She holds a seat on the Kambe Events Board, alongside her board position at Paper Arts. As well as live music and creative event production, Becka is passionate about all things sustainable – before moving into the festival industry, she specialised in marketing for environmental organisations, from community farms to green energy initiatives. She’s also a published illustrator and is keen to use her experience to help Bristol’s young creatives get a foot in the door of the creative industries. O’Neil is an entrepreneurial mind working alongside multiple businesses, and a vast network that consists of general construction to community initiatives.

O’neil has been fortunate to be a part of multi generational family raised & residing in the St Pauls area & surroundings since the 1960’s.  With this as his backbone he continues the drive to catapult his community further, alongside additional input/experience being on the board of similar enterprises.
O’neil has found that this lends well to the implementation of a diverse foundation needed to continue the great work done of yester years.
Before leaping into business development, Oneil has over a decades worth of experience in Social Services, and not to forget his true love of creating music alongside other creative mediums.
O’neils passion is unquestioned in regards to providing the right tools to help creatives succeed in what they love doing, but most importantly in a sustainable way 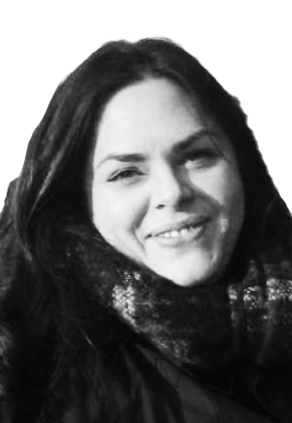 Charly is a qualified creative arts teacher with over 10 years experience working with 16+ age groups.   Her previous roles in education have ranged from teaching to welfare and her current role is E-learning Manager for a local 6th form provider. In addition to being part of the Paper Arts board members, Charly is also an active Governor for her college.

Having worked on a range of Bristol community and creative arts initiatives, Charly hopes to support PaperArts in delivering programme with a digital presence.

Outside of her main job, Charly is a practicing textile artist specialising in applique and embroidery through her small independent project Black Olive Design.